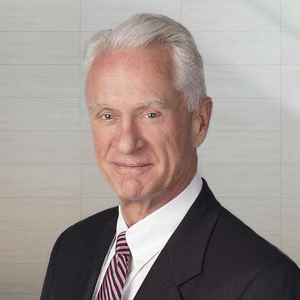 schedule a time to speak with bob

Most of us can point to specific people or events that influenced our decisions and made a significant impact on how we live our lives. For Bob, it was the inspiration and example of a college friend. He had the opportunity to see his former football teammate succeed professionally and financially in the insurance and investment world, and the more he spoke with him about his job, the more he felt that this was the right direction for him. That’s why Bob initially became a financial advisor…of course, that was just the beginning.

After graduating from Bowling Green State University with a degree in business and a secondary degree in education, Bob had a choice to make. Many classmates went on to work for big corporations, but he wanted to be in charge of his success. What followed was years of gaining knowledge and experience, plus some fortuitous events that paved the way to where he is today.

The first part of Bob’s career was focused on investments and insurance, and many of his clients were on the young side, not yet focused on retirement or thinking about their long-term financial future. Then, in the late 1990s, he met Mark Hughes. Bob’s friendship with Mark started at an interesting time in our economy. Around the turn of the millennium, many large corporations were downsizing, often starting with their older employees who were closer to retirement. This prompted many people to start taking too much money out of their nest eggs to supplement their income. At the same time, 2000-2002 saw another bear market and many recent retirees found themselves quickly losing money and needing to return to work.

Even though his client base was relatively young, Bob was asked to speak to several of these retirees, who now came into our office fearful of what the future would hold. He found that to many of them, running out of money in retirement was more worrisome than death.

Bob saw a significant need for tailored, comprehensive financial planning and decided to go into business, co-founding Retirement Wealth Strategies, LLC with Mark in 2003. The rest is history!

Bob now spends his days helping corporate employees who are nearing retirement not only plan for retirement, but also prepare for the decades that follow. His goal is for clients to retire and stay retired! Bob wants to equip them with a plan that maximizes their hard-earned money, mitigates risk, and gives them confidence that they’ll have what they need for as many years as they need it.

As you can imagine, working in the financial world has its challenges. But there is nothing more fulfilling than seeing a client breathe a big sigh of relief when they realize that their plan will help them live the life they want. They know that Retirement Wealth Strategies, LLC is on their side and is helping them avoid mistakes so they can experience their ideal retirement.

Our mission is to help our clients sleep well at night knowing that they have worked to mitigate the biggest risks that could damage their retirement; picking the wrong year to retire, not keeping with inflation and not running out of money in retirement.

Now that you know a bit about Bob, he wants to hear your story. Are you ten years or less from retirement or already retired? What challenges or opportunities do you face? What worries keep you up at night? He’d love to chat with you and show you how he can help.

Check out our sample Retirement Income Game Plan and contact us for a free 30-Minute Retirement Review to see if we’re the right fit to help you secure your retirement. We’ll start by putting together a formal plan for creating your income for life.


Reach Out to Us Today!

CHECK OUT THE BACKGROUND OF OUR FIRM & INVESTMENT PROFESSIONALS